This is the second article in a two-part series. Read the first installment here.

PANTURA, Indonesia — Not so long ago, Lestari Priyanto needed only sail for a week from his home port on the north coast of Java Island to land a boat full of fish. Now he charts a course almost 2,000 kilometers (1,240 miles) away to the Maluku Islands, where he spends a month at sea just to turn a profit.

Lestari prospered for years in waters close to home after he used savings and a loan to buy his own 10-gross-ton boat. Today, as head of a fishers’ association in Rembang, Central Java province, he sees little future in the business.

“It’s been seven months but only two or three ships have docked,” Lestari told Mongabay near his port in Rembang in June. “I feel bad — many have become unemployed.”

Java’s fishing captains see dark clouds forming even before the worst effects of climate change impact global oceans. Operating costs are rising, fish are becoming increasingly scarce, and the government has banned the widely used cantrang, the Indonesian term for a seine net.

Seine fishing uses wide nets weighted down to the seabed to scoop up large volumes of schooling fish. But the seine’s unrivaled effectiveness combined with the global expansion of industrial-scale fishing has made the practice unsustainable; around 90% of fish species worldwide are either overfished or fully exploited.

Much of Java’s fishing industry switched to using the cantrang net after then-president Suharto banned trawling in 1980, according to Ari Purbayanto, a professor at the Bogor Institute of Agriculture (IPB).

Indonesia’s Ministry of Maritime Affairs and Fisheries said an average trawler in the 1970s was just a 5 GT boat, but today’s vessels are typically 30 GT hulks dragging cantrang nets wider than a kilometer. 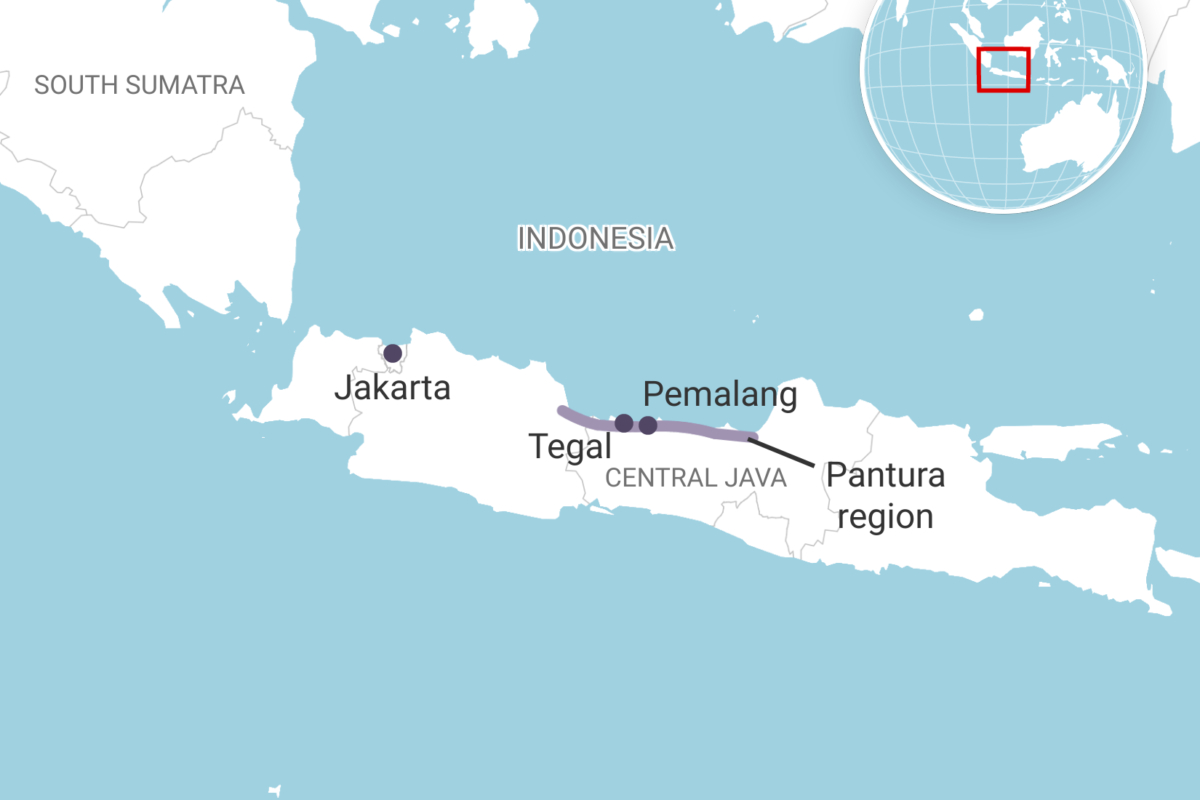 Pantura-based fishers told Mongabay their operating costs were rising at a time when productivity was under pressure, from both dwindling stocks and the seine net ban.

“Keeping Indonesia’s fisheries alive, so that they can still be a source of income for the next generation … is paramount,” said Moh Abdi Suhufan, coordinator of Destructive Fishing Watch (DFW) Indonesia, a Jakarta-based NGO.

In 2021, the fisheries ministry banned the use of seine nets by large boats. The ban followed similar moves in other maritime nations like India and the Philippines.

The order followed almost a decade of government prevarication — the fisheries ministry had banned the cantrang in 2015, but a new minister lifted the prohibition in 2020. Then the current minister reinstated the ban in 2021.

DFW’s Abdi said sustained government intervention is needed to fix illegal, unregulated, and unreported (IUU) fishing that has long undermined a crucial sector of the economy.

“If the ecosystem is damaged, will there still be fish there?” he said. “If [fish stocks] keep declining, will the fishermen still go to sea? Of course not.”

In 2015, Susi Pudjiastuti, the fisheries minister at the time, announced a three-year grace period for cantrang fishers in Java, which experts said reflected the sensitivity of the issue and the political clout of the Pantura fishing industry.

The government also authorized the use of the jaring tarik berkantong (JTB) net, an alternative to the cantrang intended to help fish stocks recover.

But civil society activists questioned how much positive impact the JTB would have on flailing fish stocks. The cantrang typically included a 2.5-centimeter (1-inch) gap in the mesh between lines. The gap in the JTB is required to be at least 5 cm (2 in).

“Actually the two are not much different,” said Parid Ridwanuddin, the coastal and marine campaign manager at the Indonesia Forum for the Environment (Walhi), the country’s largest homegrown environmental NGO.

Fishers report cases of conflict between smaller local boats in distant waters from the north coast of Java and the larger cantrang operators moving in on their territory. In April, one boat from Pantura was set on fire by local fishers in waters south of Borneo.

Walhi’s Parid said easing conflict was part of the complexity facing the fisheries ministry as it seeks to expand production while adopting sustainability measures such as the cantrang ban.

“It’s just a trick by the government to make it more acceptable,” Parid said of the policy allowing fishers to continue using the JTB net even as the seine was outlawed. “Because if you keep using the name cantrang, there will be a lot of protests from traditional fishermen.”

For example, the fisheries ministry records 10 times more fishing capacity than the number recorded by the transportation ministry.

“What should be done is to develop a stock recovery policy for all groups of fish species in all [fishing zones],” Parid said.

Activists and local fishers also raised practical concerns about a policy requiring fishers to land their catch in a local port. For example, fish caught in the WPP718 zone, in eastern Indonesia’s remote Arafura Sea, would be required to dock locally. But Parid pointed to recent cases of forced labor at sea and a lack of coastal infrastructure in the regions.

“How does it work, whether the fish storage area is ready or not, this also needs to be prepared,” Parid said.

Pantura fishers like Lestari have saltwater for blood. As a young man he first worked in an anchovy-packing factory before joining his father’s boat as a deckhand. Lestari saved to buy his own boat and set out on his own. He has spent the last 30 years at sea.

“With the drop-off in ships unloading cargo, friends who used to work are now unable to go to sea,” Lestari said. “Are these issues also a consideration for the government?”

Banner image: Loading and unloading activities at the Tegalsari fishing port in Tegal, a city on Central Java’s north coast. Image by Asad Asnawi for Mongabay.

A South African court has ordered one of the country’s largest coal mines to redo an environmental impact assessment for expanding its footprint by nearly 18 square kilometers...

Rural families removed from their homes in Somkhele, in northern KwaZulu-Natal province, to make way for a giant coal mine are suffering from collective trauma, a new report...

Conservation officials in Nepal recently cut off the tusks of a young bull elephant that had attacked and killed a woman in the buffer zone of Parsa National...

The University of Sri Jayewardenepura (USJ) in Sri Lanka has assessed its carbon footprint under ISO standards and has now become the country’s first university to be carbon...

The U.S. and Canada are seeking a ban in the Pacific on two fishing devices, known as wire leaders and shark lines, that have proven devastatingly effective at...

Federal officials along with a delegation of U.S. agricultural interests are working to develop trade opportunities in Spain. More than...

Milk: Performance drink for the next generation of gamers