by agrifood
in Markets
Reading Time: 6 mins read
A A
0
Home Markets
Share on FacebookShare on Twitter


Listen to Philip Case read this article or see the text below.

Independent agronomist Mike Lee believes farming will carry on in Ukraine this year, despite Russian president Vladimir Putin’s decision to invade the country, but prospects for grain exports out of the Black Sea region are less clear.

Mr Lee had been living and working as an agronomy consultant in Ukraine for eight years until 2015 and then went to Russia for a while before relocating back to the UK with his family about five years ago.

He then set up a business in the UK, Green Square Agro Consulting (Twitter: @GreenSquareAC), an association of consultants specialised in providing practical expertise and support for agricultural projects in the Black Sea region – both in Ukraine and in Russia.

A core part of his business is independently forecasting the crop yields in the Black Sea region, mainly Russia and Ukraine. This is done using a local team of specialists.

But Mr Lee regularly travels to both Ukraine and Russia to offer his crop agronomy services, especially at key points during the year.

He had been due to travel to Ukraine in the next fortnight – and then on to Russia a few weeks later. The conflict has changed all that.

Speaking to Farmers Weekly, Mr Lee gave his views on what is likely to happen to agriculture in the region this coming season.

The two main crops that are exported from Ukraine are wheat and maize. About 98% of the wheat crop grown in the country is winter wheat and the crop is in the ground. 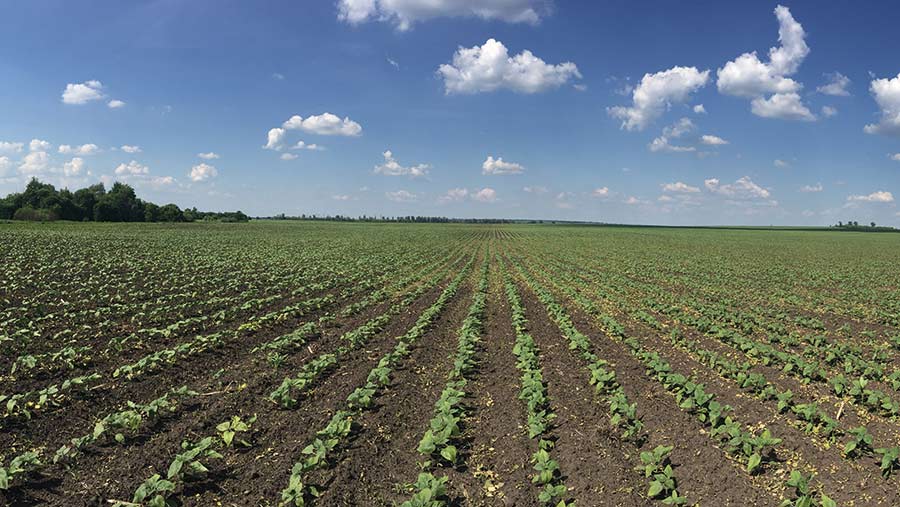 “If the situation on the ground escalated to a position where farmers could not apply fertilisers or pesticides and assuming they could harvest it [July], there would still be a wheat crop, probably something like 16-17m tonnes,” says Mr Lee.

“This compares with 26-27m tonnes we currently forecast if farmers are unencumbered to manage their crops. Ukraine requires 9-10m tonnes of wheat for domestic consumption.

“Depending on the scenario, that will leave 6-7m tonnes or 16-17m tonnes available for export through the 2022-23 marketing year [July to June].” 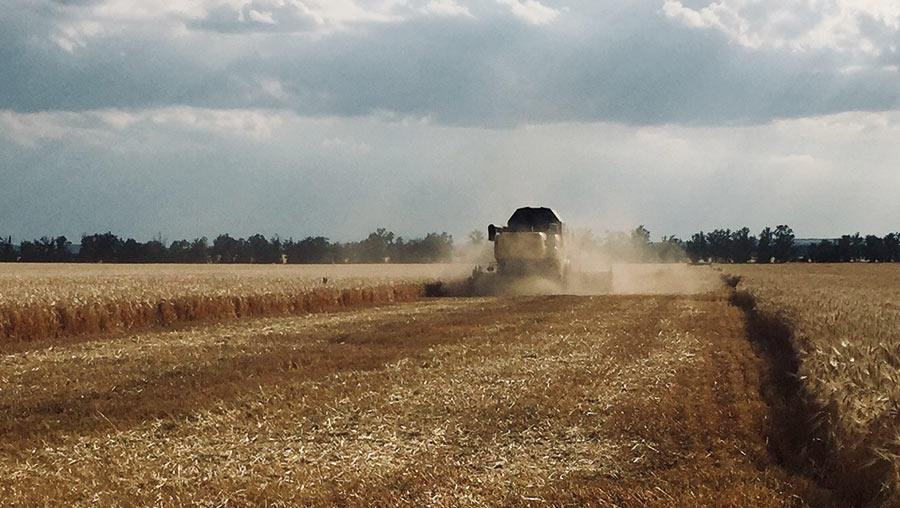 Maize is planted through April and May.

“Most farmers will have seed purchased, and it should be on farm. Everybody will be in a position to start planting in the next few weeks,” says Mr Lee.

“It’s highly likely that the spring crop, the corn [maize], will be planted, to a greater or lesser extent. I’m not seeing a situation where the crop is going to be switched off. I still see farming taking place.

“The current unencumbered forecast is 37m tonnes from 5.5m hectares, with domestic consumption about 7m tonnes, leaving 30m tonnes for export through the 2022-23 marketing year.”

A lot of fertiliser is imported from Russia. However, Russia introduced a temporary ban on ammonium nitrate exports from 2 February to 1 April 2022.

“This was probably more about high fertiliser prices and Russian protectionism than forward-thinking, although ammonium nitrate is a very effective explosive,” says Mr Lee.

(Source: US Department of Commerce) 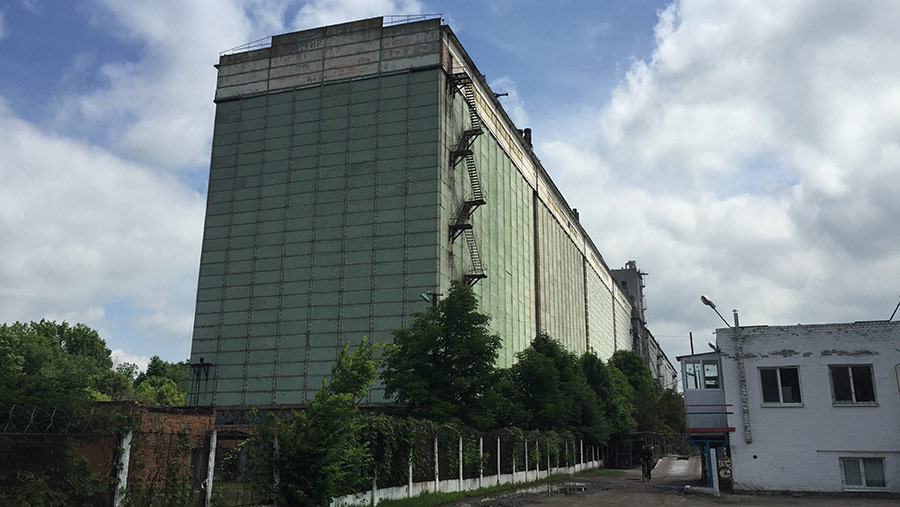 Most of Ukraine’s grain exports ship from the Black Sea port cities of Mykolaiv and Odessa.

He hopes the ports’ loading points will not be physically damaged by any bombing to an extent they were unable to export, but this was a possible scenario.

“But if there’s going to be a bottleneck or a restriction on supply, it’s going to come down to the shipping companies’ risk tolerance and insurance cover as to whether they allow boats to go into these places to load, while there is a conflict.”

There is a “massive market” for Russian and Ukrainian grain in North African countries, especially Egypt. “They don’t grow a lot of their own, so they need to be continually importing Black Sea wheat to feed the population,” Mr Lee explains. 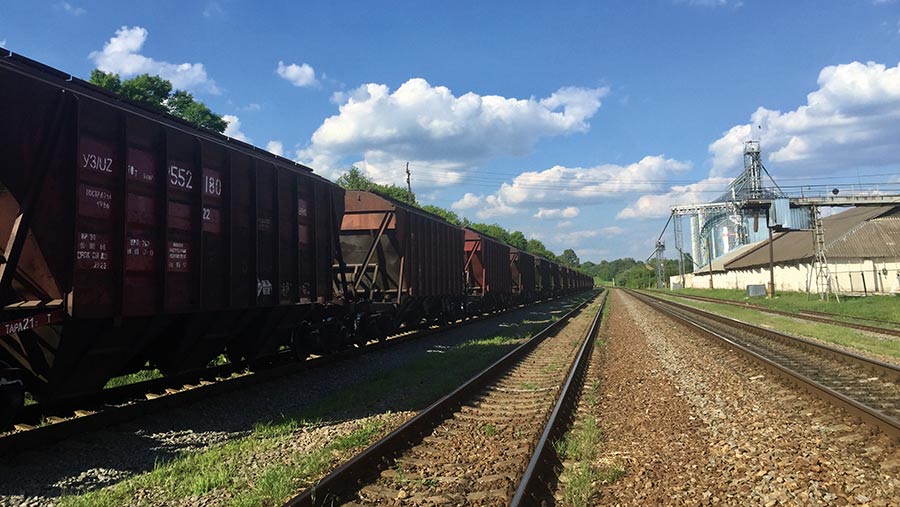 Russia, the world’s largest wheat exporter, mainly ships its grain from ports in the Black Sea.

It has control to the access of the Azov Sea, a northern extension of the Black Sea. It has suspended the movement of commercial vessels there until further notice, according to Reuters.

Mr Lee said: “Russia still has a lot of wheat to export and they would be going out through the same routes through the Black Sea from Russia.

“Will Russia restrict the export of wheat and corn [maize] out of Ukraine? If they did, I’d imagine the international community would look at Russian grain exports less favourably.”

His gut feeling is the grain trade would continue “with some hiccups”, but it was not inconceivable that it could be affected if the ports were damaged.

Mr Lee says there tends to be an impression that farming is “backward” in the Russia/Ukraine region, but “it has moved on a lot”.

“Inputs costs in terms of seed, fertilisers and sprays – and to some extent labour – are broadly similar,” he says. “Crop yields are creeping up but they are lower because it is hotter and drier.

“The big difference between the UK and Russia and Ukraine is the land value. It’s a fraction of what you pay in the UK. There is also the scale and the infrastructure for exports.”

But Mr Lee says food prices in Russia had increased significantly in recent years, job prospects were not good and there was a lot of internal pressure that was not being reported in the West.

Russia’s ministry of agriculture had been offering support to farmers to subsidise their production costs to try to reduce the price of staple foods on the market, he adds.

“The difference is that a lot of people living in the villages in Russia and in Ukraine grow their own food crops, especially potatoes and tomatoes, rather than ornamentals, so they can tolerate food price rises better than we can in the UK,” he says.

Mr Lee describes the situation unfolding in Ukraine as “off the scale”. He says: “I thought this was sabre rattling.

“At most, Russian troops might cross over the border into Luhansk and Donetsk and possibly push the front back into Ukraine to take up the whole of those two republics. But I just didn’t see a full-scale invasion taking place and bombs going off all over the country.

“Putin is somebody who doesn’t normally gamble. He normally has the deck stacked in his favour and knows what’s happening.

“But once you release the dogs of war, things can escalate. It’s out of your control.”

Data Snapshot is a regular AFN feature analyzing agrifoodtech market investment data provided by our parent company, AgFunder. Click here for more research from AgFunder and sign up to our newsletters to receive...

Business Clinic: How to get best value on vehicle insurance

Cofco returns to profit in 2021

Gap in phone masts code could hold up farm projects

Landowners who host telecoms equipment on their land or buildings are being warned that values could come under pressure following a tribunal ruling on the code covering mobile...

Whether you have a legal, tax, insurance, management or land issue, Farmers Weekly’s Business Clinic experts can help. Here, Andrew Robinson, partner and head of agriculture at Armstrong...

Goldman Environmental Prize winner Claire Nouvian joins the Mongabay Newscast to discuss the many impacts of bottom trawling and a...

Oysters recalled in Canada because of Salmonella also distributed in U.S.