by agrifood
in Farming
Reading Time: 3 mins read
A A
0
Home Farming
Share on FacebookShare on Twitter


Police forces across the country are increasingly turning to technology in the fight against crime, and the use of high-performance drones is giving rural officers in the Thames Valley an edge over hare coursers.

Covering large areas of farmland across Buckinghamshire, Berkshire and Oxfordshire is a huge challenge for Thames Valley Police (TVP) and its rural crime taskforce.

With the hare coursing season under way, the rural crime team is using two drones to target people who trespass across bare fields to hunt hares with dogs, often causing significant damage to the soil, hedges and gateways.

“The challenge with hare coursing is proving the offence and proving they weren’t just out there walking the dog. If we have good video evidence of the crime in action, it will help us in court,” he said.

As the nights draw in, rural officers have been practising using the drones on farms and in fields to search for suspects or missing people in the dark.

Five officers in the taskforce are trained to use the drones and Sgt Maris believes this is helping to reduce hare-coursing incidents across the Thames Valley.

“It is not about trying to catch people out. Other departments use the drones very covertly, but we use them as a visible deterrent, so we are quite different in terms of how drones have been used before,” he said.

The drones are also able to quickly search large and otherwise inaccessible areas. The team recently recovered a £200,000 screener plant machine that had been stolen and hidden in a quarry.

Oxfordshire farmer David Orpwood praised the high-tech approach taken by TVP and said it is driving hare coursers and other rural criminals out of the force’s patch.

“If you’ve got someone hare coursing, officers can turn up and instead of going out and confronting them, they can put the drone up and get the proof of what is going on. They are an incredibly motivated force,” he said.

The DJI Matrice 300 with its attachments cost £15,000. The drone’s thermal imaging camera can read a numberplate from 600m away.

A high-powered spotlight gives hare coursers nowhere to hide if they are out in fields at night. The light is also useful for search missions, including people or reports of stolen machinery. At its maximum take-off weight of 9kg, the drone’s maximum flight time is 30 minutes.

The DJI Mavic cost £7,000 and is also fitted with a thermal imaging camera. The drone can also be fitted with a speaker, allowing officers to talk to anyone on the ground. 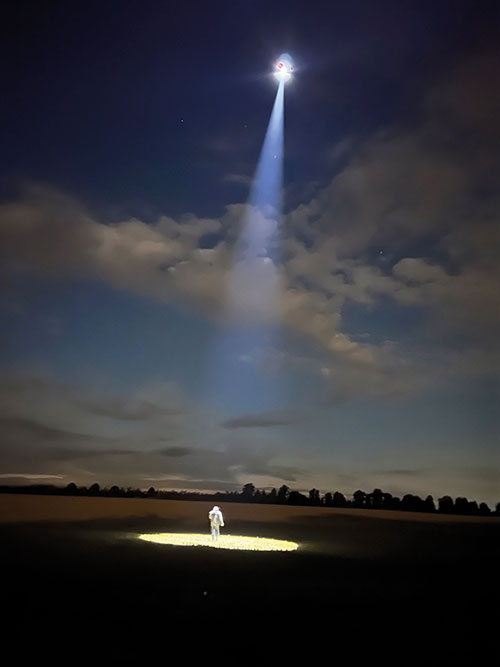 Farming has the worst workplace injury rate, at almost four times higher than the all-industry average, according to new Health and Safety Executive data. The figures contained in...

From small-town FFA member to state president and now that National FFA Western Region Vice President, Ryan Williamson found value in the program and, more importantly, in himself...

Charlie Flindt: We need to talk about deer numbers

It has been obvious for some time that we need to talk about deer – or, more specifically, the explosion in their numbers. There can’t be a farmer...

Society is changing at pace, and it is time for farming to come up with a new forward-looking vision for itself. This should not hark back to some...

This article was originally published on Undark. Read the original article. Wild Alaskan salmon are a gold standard for American seafood. The long journey from the river to...

Federal officials along with a delegation of U.S. agricultural interests are working to develop trade opportunities in Spain. More than...

Milk: Performance drink for the next generation of gamers