by agrifood
in Machinery
Reading Time: 3 mins read
A A
0
Home Machinery
Share on FacebookShare on Twitter


Our Farmers Weekly Inventions Competition is all about getting into the workshop and using your skills to turn your ideas into reality.

We’ve had some ingenious workshop gadget inventions in the competition this year. We round up some of them below.

Wedging the fertiliser spreader into a hard-to-reach corner of the barn for out-of-season storage is no longer a problem for Paul Ponder of Lawn Hall Farm, Dunmow, Essex, thanks to his low-profile trolley (photo above).

The main frame and extendable drawbar were made predominantly from 100mm box section that he found in the workshop steel store, to which he fitted wheels and axles sourced from local Deutz dealer RC Boreham.

A chunky drawbar stand helps keep it level when dropping on the Kuhn spreader and a jockey wheel allows the whole lot to be manhandled into position. 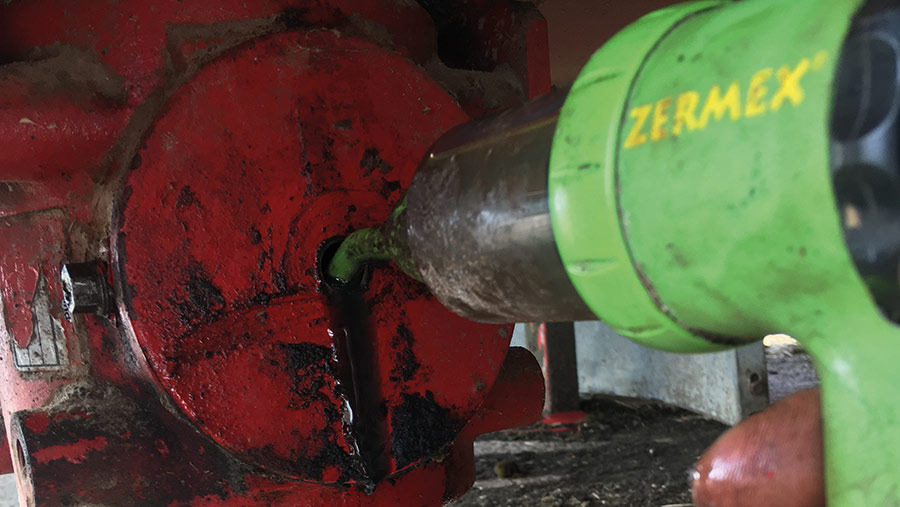 After several messy attempts at topping up gearbox oil on his Opico Magna grain dryer, Murdo Fraser went on the hunt for a suitable tool.

He experimented, and failed, with various plastic funnels, but hit the jackpot after visiting the farm medicine cabinet.

An old dosing gun was repurposed to administer an injection of gear oil straight from the can to the most inaccessible gearboxes on the farm. 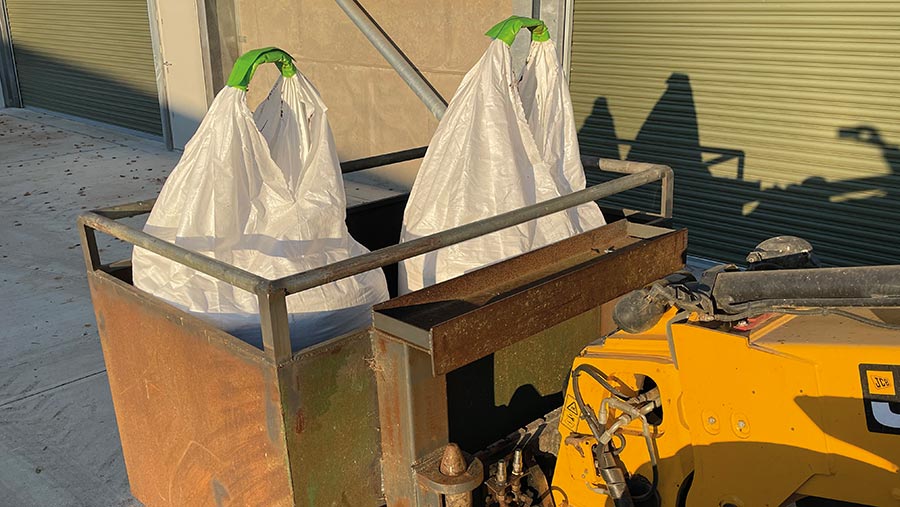 Lifting platforms are a notoriously contentious issue on farms, but father-and-son team Bob and Dan Ives from Bentworth, Hampshire, decided to design and build one that they considered as safe as possible for use around their 130ha arable unit.

The starting point was an old 600gal diesel tank, which was strengthened with an assortment of steel box section and lengths of RSJ.

This includes a top brace that simultaneously forms a tool tray and prevents occupants’ arms getting anywhere near the headstock of the JCB TM420.

Repurposed scaffold tube forms a rail around the top of the crate, allowing those inside to clip themselves to a harness.

There’s no door – instead, access is via a step, on both the inside and outside.

The only bought-in element was the Matbro-style pin-and-cone brackets, which were roughly £90.

The biggest let-down in terms of safety, says Bob, is that the TM420 doesn’t have the tilt lock-out switch that is available on JCB’s rigid-frame Loadall range. 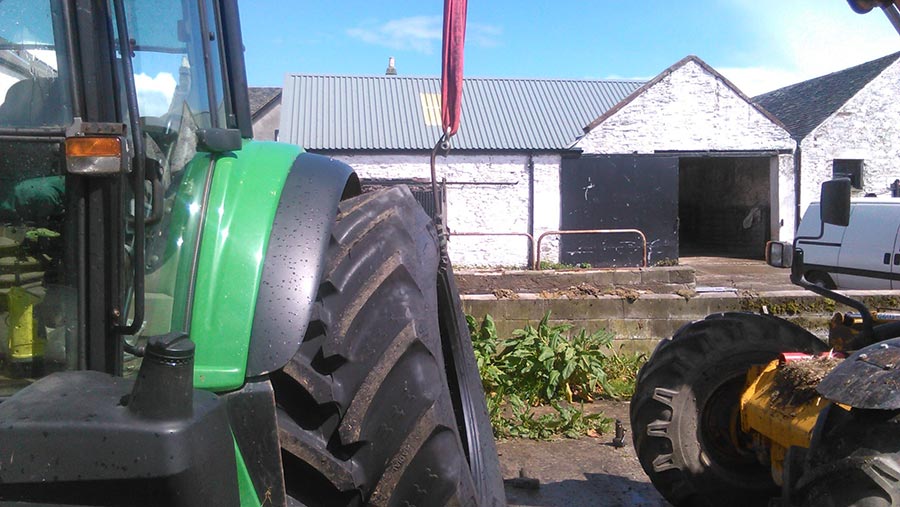 To help remove or fit tractor tyres without unbolting the wheel rim, Iain Reid transformed an old crowbar into a grapple hook.

The 20min job involved welding a gate eye to the straighter end of the crowbar. to which he attached a shackle and strap that can be hooked to his telehandler headstock.

The curved end has been given a slightly softer finish to avoid damaging the rubber, achieved by wrapping it first in an old sock, and then with a few layers of insulation tape.

It means the hook can take the weight of the tyre as soon he has broken the bead. 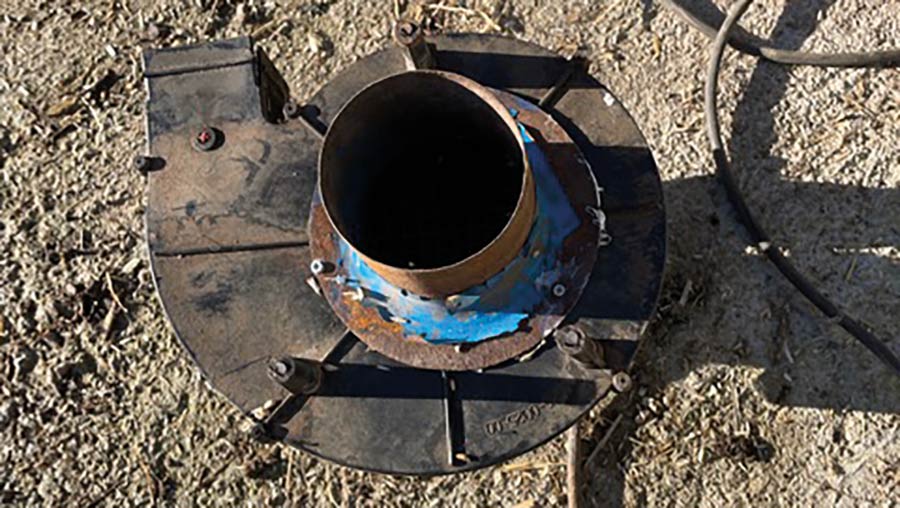 When Richard Cross’s grain cooling fan packed up, he decided to replace the motor with one from a broken steam cleaner.

All he had to do was fit the 4in flange from the cooling fan to the motor and wire it into a three-pin plug.

It’s very simple, but it cost nothing and saved him shelling out for a new unit.

Get funding worth over £10,000/ha for creating woodland