Seasoned County Tyrone inventor Albert O’Neill was crowned runner-up in the intermediate category of the Farmers Weekly Inventions Competition with his novel tool for streamlining the task of loading tyres onto silage clamps.

Mr O’Neill’s so-called Tyreshift fits onto pallet tines and has a hydraulically driven chain with specially made links that grip the tyres and flick them onto the sheet. It works a bit like a large chainsaw, albeit with gripping lugs rather than sharp cutters.

Operators just pick up a row of sidewalls/tyres, drive onto the clamp and then use the third hydraulic service to wind them off in the desired location. 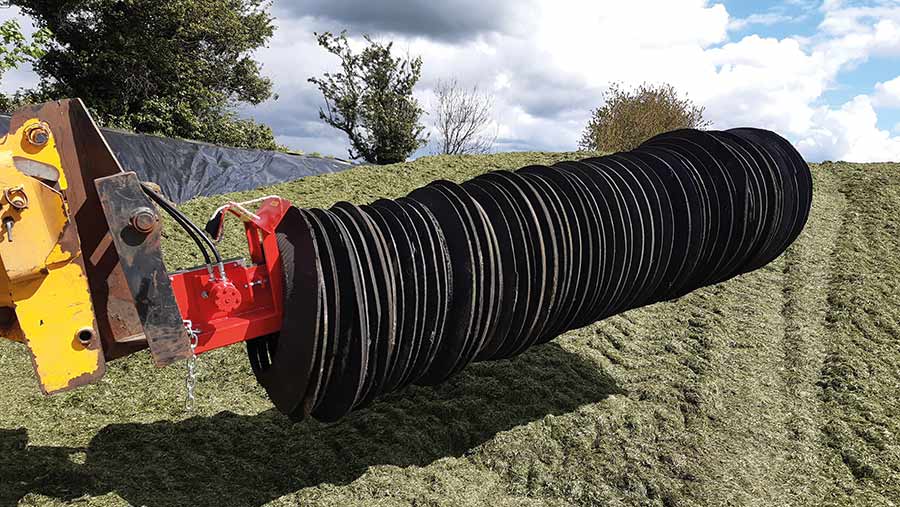 See also: Tips and advice for planning and building a new silage clamp

The tool was predominantly designed to work with lorry tyre sidewalls, but he says it can handle car and tractor tyres, if needed.

As well as depositing tyres on the clamp, it can be run in reverse to pick them up and stack them on the arm. It also features a tray for carrying a roll of plastic film that is held on by a rope and quick-release catch.

Mr O’Neill says it has halved the time it takes to cover the farm’s clamps and it has dramatically reduced the amount of manual labour.

It has been so successful that he has made several for other farmers, which he sells under the name Ballyheather Engineering.