by agrifood
in Machinery
Reading Time: 3 mins read
A A
0
Home Machinery
Share on FacebookShare on Twitter

See also: Farming in Ukraine: Q&A with agricultural journalist in the war zone

John Deere has announced an extensive dealer shake-up in the wake of Rea Valley Tractors’ decision, earlier this year, to take on the New Holland franchise – a move that will take effect on 31 October.

In response, three dealerships – Tallis Amos Group (TAG), Charlies Groundcare and Machinery, and Farol – have revealed expansion plans for the soon-to-be-vacant territory across the Midlands and parts of Wales.

TAG will cover Shrewsbury and Newport in Shropshire from a new depot in Allscott. This is set to open next month (October 2022), at the same time as another site in Lampeter, Ceredigion.

These additions join TAG’s four existing premises spread across Wales and the West Midlands, in Evesham, Kemble, Leominster and Narbeth.

Charlies Groundcare and Machinery, which is based at Coed y Dinas in Welshpool and previously specialised in golf and turf kit, will rebrand as a result of the changes.

By taking on John Deere’s agricultural portfolio, it will become Charlies Ag & Turf, catering for customers west of Shrewsbury and across mid-Wales through a newly built agricultural facility at its Welshpool site.

Farol, which is based in Milton Common in South Oxfordshire and has further sites at Newark, Twyford, Midhurst, Shefford Woodlands and Hinckley, will expand into Staffordshire and Derbyshire through a new premises – once it has found a suitable site.

John Deere dealer Ben Burgess is to take over JW Doubleday, which has been selling Deere kit for 40 years.

The sale takes Ben Burgess into Lincolnshire for the first time, with three sites in the county – Holbeach, Old Leake and Swineshead – plus a depot in Kings Lynn, Norfolk, joining the dealer’s existing seven.

As of November, it will be present in Norfolk, Suffolk, Cambridgeshire, Northamptonshire, Leicestershire, Lincolnshire and Rutland. All staff and sites will be transferred as part of the acquisition. 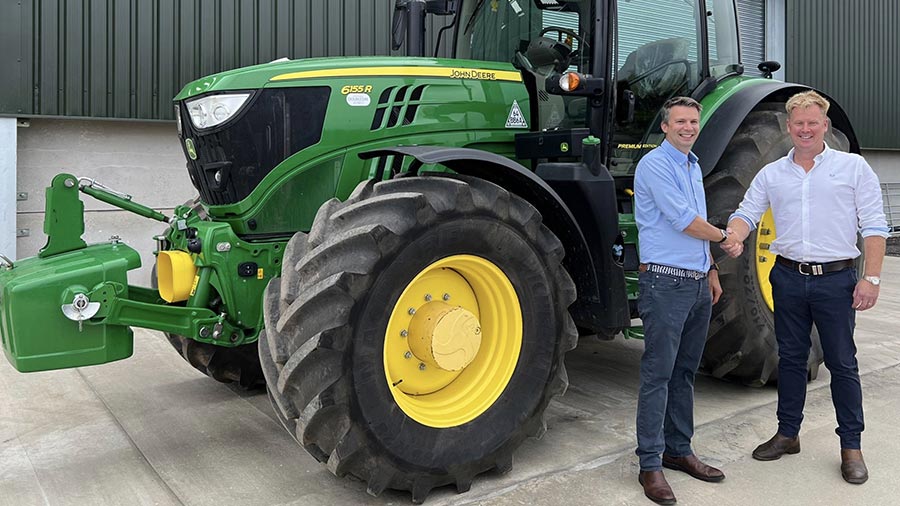 New Holland has made a number of changes to its dealer network in Scotland, after Lothian Tractors closed its depot in Tranent on 5 August and left the New Holland network.

The firm had been trading at the premises for more than 30 years, and also sold equipment from Kverneland and Schaffer.

The territory will now be covered by two dealerships – Lloyd and Bryson Tractors.

Lloyd has already expanded into Mid and East Lothian and is soon to open a new facility near Tranent, employing several former members of the Lothian Tractors team.

Bryson Tractors has also expanded its coverage to include West Lothian, which it will manage from its main depot in Lanark, along with a new site in Dundonald.

Teme Valley Tractors of Welshpool has announced that its contract with CNH Industrial (New Holland) will be terminated on 1 July 2023.

The dealership has stressed that, despite the heavy blow, business will continue as usual, and it will still have access to full brand support in the interim period.

The firm’s sister companies in Knighton and Wigmore are unaffected by the news.

The change of ownership is the result of Claas’ decision, earlier this year, to stop building the wagons in order to free up more manufacturing space for Orbis row-crop headers.

Production at Fliegl’s site in southern Germany is due to start early next year.

Eight sizes of Bridgestone’s very high-flexion VT-Tractor tyres, from 30in to 42in, are to be available as a factory-fitted option on selected 7R and 8R tractors in the UK and Ireland. 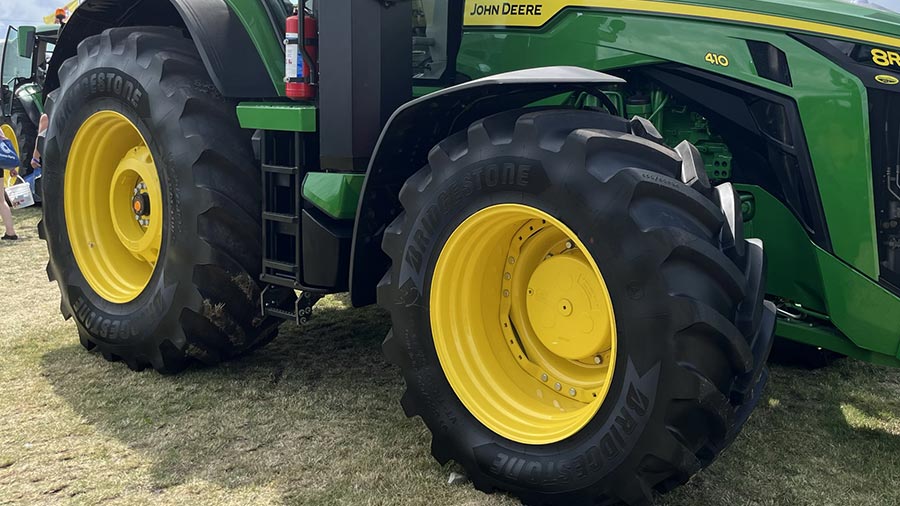