More than two million pounds’ worth of machinery and equipment went under the hammer at Holsworthy market in Devon last week.

David Kivell and James Morish juggled nearly 2,000 online bidders, along with the crowds that turned up on the day, as they presented 1,400 lots of tractors, trailers, balers and arable equipment.

“It was a fantastic sale with buyers travelling to Holsworthy from as far afield as Yorkshire, Usk, Kent and Birmingham,” said director David Kivell.

“This was the biggest and greatest-value sale ever conducted by Kivells in its 137-year history.”

Below is a round-up of some of the lots.

While the prize for the highest price of the day might have gone to a John Deere 7480i self-propelled forage harvester, selling for £69,000, another green-machine hogged the limelight.

Arguably the most interesting lot at the sale, the spider-like Claas Cougar garnered a fair bit of attention.

The 2007-built, self-propelled five-gang mower is believed to be one of only two in working condition in the UK.

With a relatively low hour count of 2,318, the unusual machine sold for £39,000, and was taken home by the Easterbrook family, based in Exmoor. 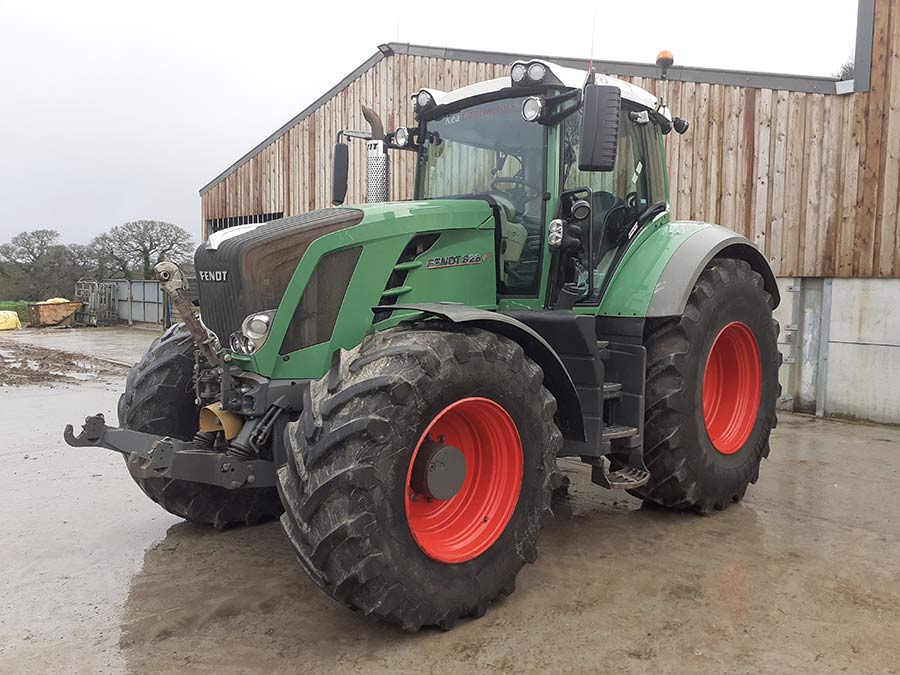 Kicking off the lots from Truro-based KEA Agricultural Contractors, a 2013 828 Fendt Vario with 4,950 hours on the clock, a hydraulic top link and plenty of tread left in the tyres, sold for £68,200. 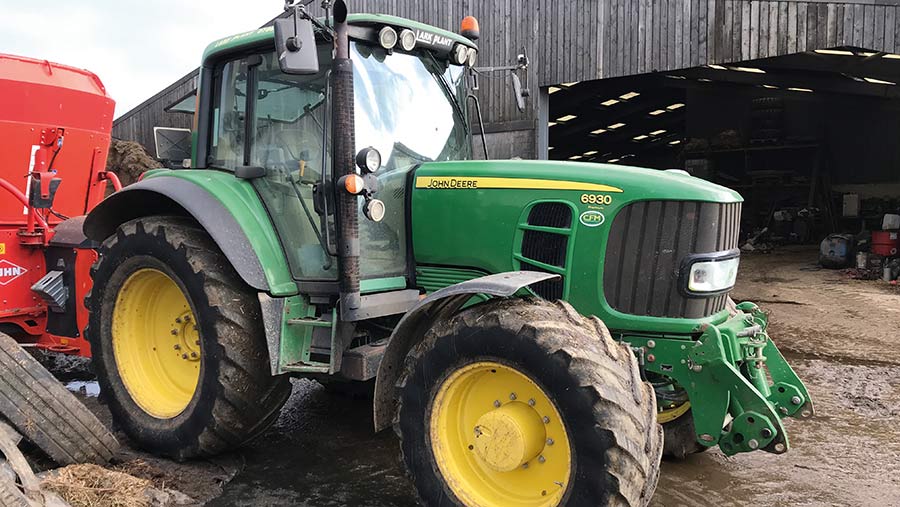 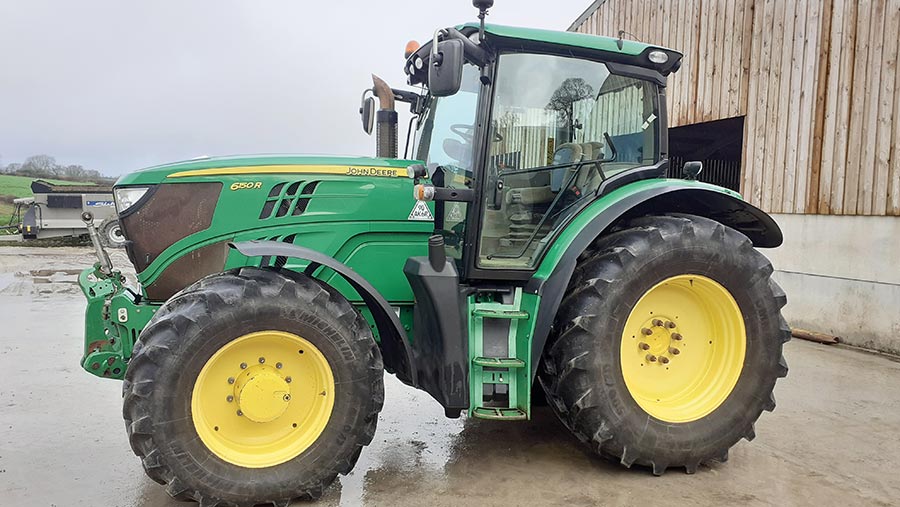 A 2015 John Deere sold with more than 6,000 engine hours clocked, making £43,100. It was specced generously, with an Auto Powr transmission, electric mirrors, front linkage, air brakes and Michelin tyres all round. 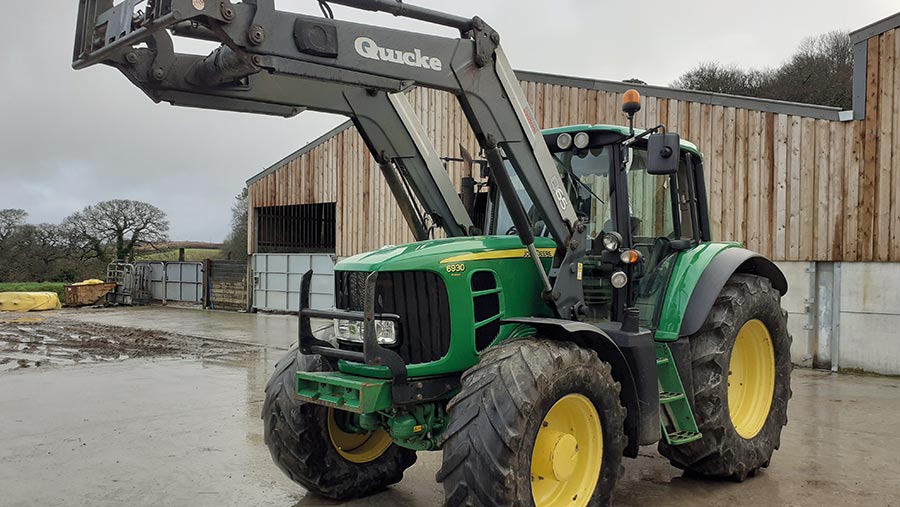 Another of the offerings from the Truro contractor KEA, this well-worked tractor had completed 7,100 hours, had a Powr Quad Plus 50kph gearbox, air brakes and front suspension. 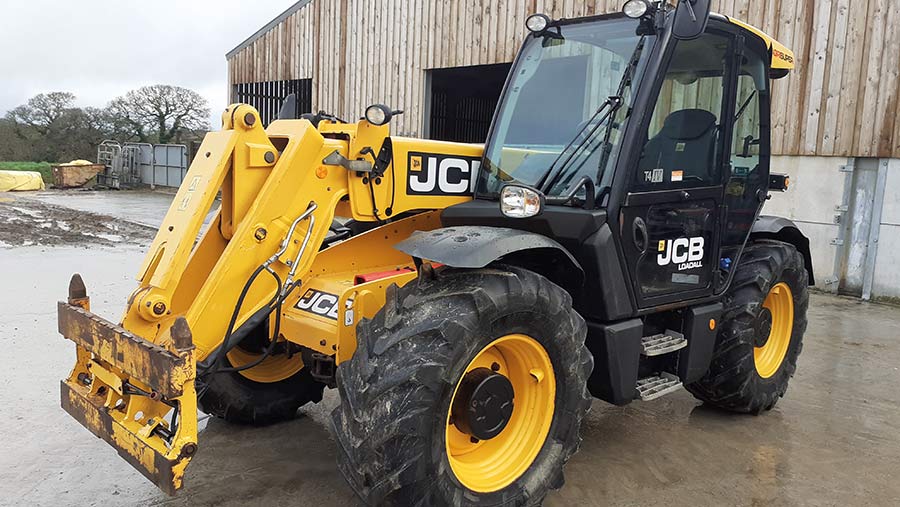 In what may be a sign of a change in the market, the appetite for newer tractor models seemed to be lacking on the day.

The bidding activity points to a demand for those produced between 2012 and 2017, while several modern machines went unsold or failed to meet their reserves.

Below are a few that didn’t find a new home: 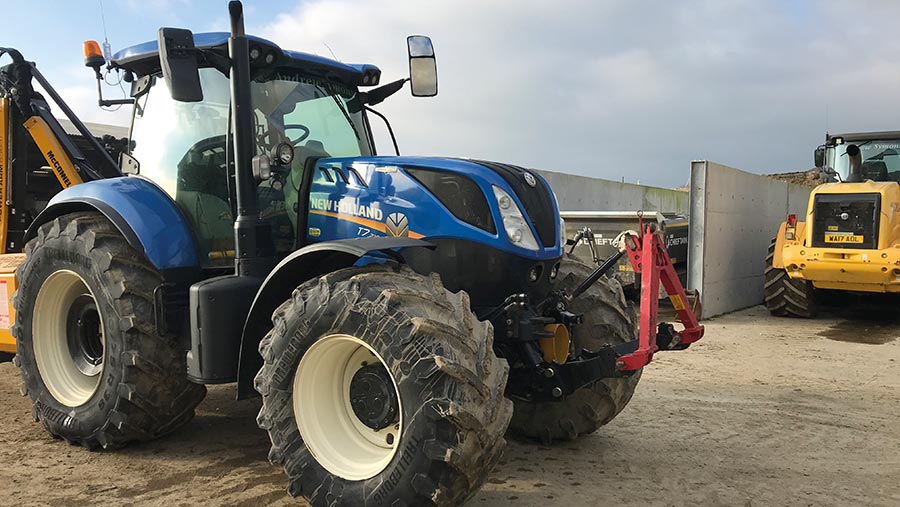 It was purchased new by Lark Plant Agricultural Contractors in 2021, and has remained a shed ornament for months, having never been used.

Bucking the trend, this 1998 Claas combine with 6m header has been used to cut around 120ha annually and had a new wobble box fitted last year.

US Farm Income Expected to Decrease In 2022