by agrifood
in AgriTech
Reading Time: 2 mins read
A A
0
Home AgriTech
Share on FacebookShare on Twitter 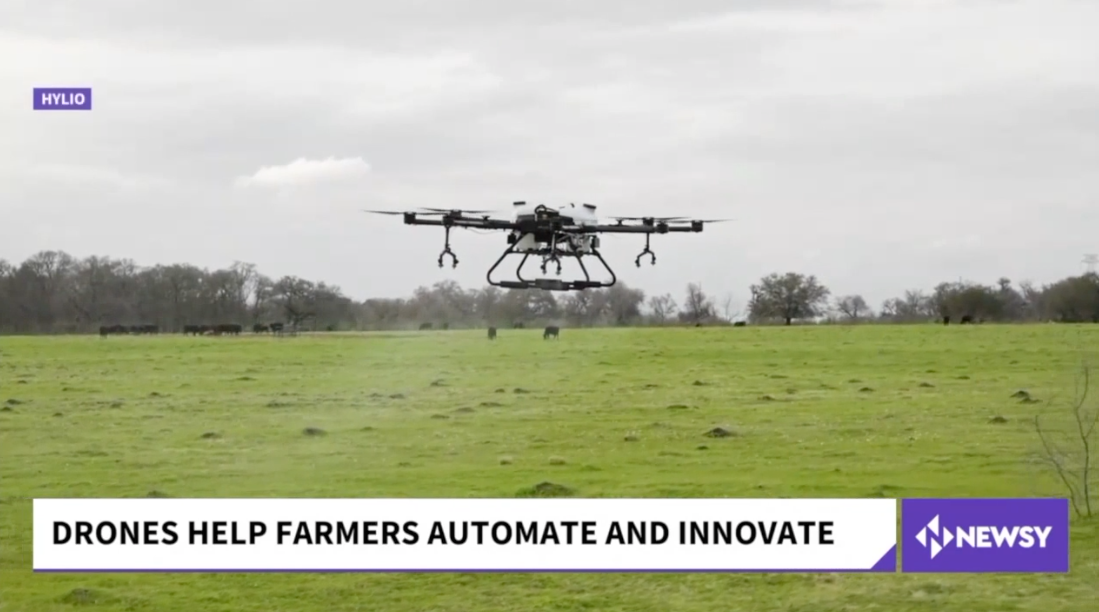 Taylor and Ally Moreland began Moreland Seed and Soil after graduating from the University of Missouri. Since the start of the COVID-19 pandemic, they’ve been perfecting their drone skills and understanding of drones to share with their customers.

“Our goal really is to provide a brand new tool to farmers where they can aerial apply granular liquid products by themselves on their own, on their own farm,” Taylor Moreland says.

Besides chemical applications, Taylor Moreland is sharing drone advantages with his customers who are planting cover crops to slow erosion and improve soil health.

While drone technology is still fairly new to North America, overseas farming operations, especially in Asia, have been using them for decades.

Arthur Erickson, the co-founder and CEO of Hylio Agrodrone headquartered in the Houston, Texas, area, believes drones are a game-changer.

“Due to the abundance of rice paddies in Asia, it actually makes a lot of sense because that’s wet terrain and it’s much better serviced by flying drone vehicles vs. terrestrial tractor vehicles,” he says. “The drones are interesting because not only can they do what’s traditionally done better, cheaper, faster, with less labor and more automated, but they’re also unlocking a whole new way to approach farming that previously wasn’t available.”

A recently released analysis by the market research firm Sheer Analytics and Insights estimates agricultural drones will be a $6.5 billion industry within 10 years as farmers look to deal with labor shortages and shifting trends toward vegetarianism.

“The idea [is] you’re going to start having these drones going out on their own — they’re charging themselves, they’re refilling themselves, and they’re scanning these fields and making decisions in real-time and solving them before even you have to get involved,” he says. “That’s going to be the future of this technology in the next 2-3 years.”

Measuring Soil Health: Where are we now?

Herbicide GUSS, the first and only autonomous herbicide orchard sprayer, will be available at select John Deere dealers, the company announced Tuesday. "The announcement of Herbicide GUSS underscores why...

REAP attracts key organisations in the industry and we are grateful for the support of all our sponsors in facilitating the conference. We highlight the work of four...

A magical interplay of food, culture and people occurs every Tuesday and Thursday at the Southside Community Land Trust (SCLT) building in Providence, Rhode Island. Immigrant farmers from...

When Devon Saila moved from Ontario to a farmhouse along the southwestern shores of Prince Edward Island in 2015, she had only planned on one thing: starting a...

Sky-high costs for fertilizer, crop protection products and labor are increasing the number of US farmers turning to agtech tools and products, according to a new survey from...

Measuring Soil Health: Where are we now?